July 27, 2020
Source:  SciTechDaily.
To some, wind farms are eye sores to the point that a former liberal US senator who championed renewable energy does not want them near his vacation home.  However, wind power is a growing source of energy for Britain.  And soon, British energy bills could start going down as it becomes more cost effective and cheaper to produce power using wind than traditional fossil-fueled power stations. 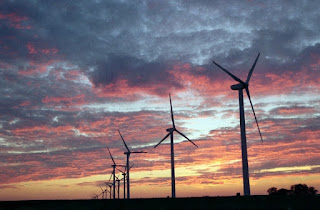 By mid-2020s, instead of getting government subsidies to offset the cost of setting up wind turbines, these wind farms (sorry, Senator Kennedy) will not only need no help from the government but they will start lowering electric bills to the average British consumers.
It's like that other countries that have invested a lot of sources and encourage green power generation will also soon reap the benefits of their decades long investment.
The SciTechDaily article is based on a study from the Imperial College London that studied the price of electricity.  Summarizing even further, if the price of electricity produced by the wind operators is less than the wholesale price, then they would pay the government which would further pass the savings to the consumers.
The rapidly dropping cost of building wind farms has also help with the push to meet carbon emission goals.  But if the lower profit is of any concern, wind power continues to grow as demand for cheaper and cleaner electricityhas continue to increase.  Furthermore, wind farms may also begin to harness hydrogen which would also help expand the use of cleaner power.
This study further points out that Britain will be the first negative-subsidy wind country whereas other wind countries like Germany have only reached the zero-subsidy point.
Where is the US in all this?  Well...

Visors, Masks Being Printed on 3D Printers for Doctors and Nurses Amid The Pandemic 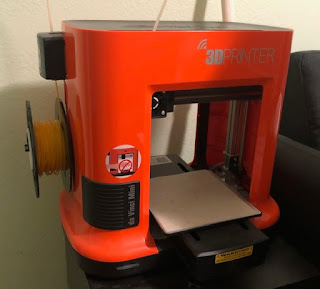 Source: NPR ,  Facebook , 3DVerkstan . “One Way to Help Strapped Hospitals? Print PPE Using 3D Printers” an article written by Hannah Hagemann from NPR should speak to all of us who. It is an article about the human heart and ingenuity working singularly to lend a helping hand.  By now we have all heard about the mask and personal protective equipment (PPE) shortages around the nation. We even have officials imploring people to resist buying masks, so that those on our front line in the fight against the COVID-19, doctors and nurses do not have the necessary protection to save our lives.  We do not send our men and women in uniform into war with the best equipments in the world and ample supplies.  Why is this any different for our care providers?  This article showcases how technology helps us provide the rudimentary needs such as protective equipment for hospital staff and spread the word with a few keystrokes.   3D printers have been a very fantastic innovation
Read more 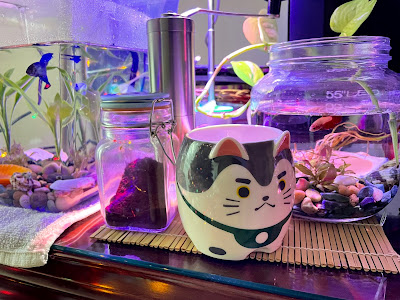 Yesterday was crazy.  I woke up at 4 AM to get a jump on the day.  That sure helped a lot because if cannot imagine what my day would have been like if I had not done that.  However, my day turned out to be rather productive and by around mid-morning, I began to turn things around.   Me waking up at 4 in the morning is rare now.  I've done that since high school - zero period and jogging, work in college and I just got used to it.  Now, 5:30 or so is more typical.  My plan yesterday was to get some simple tasks done so I can get a jump on a jog and my own projects.  I was able to do all that and I figured I would have time for some downtime as well.   But that did not happen.   Emails upon emails.  Calls upon calls.  Reports.  Requests.  A flurry of work related stuff flooded in within an hour.  I admit I was sort of flustered from about eight through ten yesterday morning.  That has not happened for a while.  I generally prep ahead of time so avoid things like this - anticipate th
Read more

Hello, This Is Our First Blog

February 07, 2012
Hello, this is our first Poopy Pond blog.  But not here. Over at PoopyPond.com .  This is PoopyPonds (plural) and we bought this name so others can't, well, poop on our work if you will. Again, Poopy Pond will be blogging on ponds, hydroponics, self-sufficiency, some politics, and also green issues.  Nothing too heavy.  Just having fun, sharing and learning new ideas. Hope you'll be with us each and every single update!
Read more